Does meditation change your brain?

I asked this question to my friend the other day and his reply was, “Even if meditation changes the brain, my biggest challenge is I don’t know how to meditate”

Are you like my friend, who is aware about the benefits of meditation but is having a hard time when it comes to practicing meditation on a daily basis?

If your answer is ‘Yes’, then I would like to tell you that I was sailing in the same boat like you a few years ago. I had seen umpteen meditation videos, read books on it, however when it came to practicing meditation on a “consistent” basis, I struggled.

When I was doing my research, I stumbled upon a course which helped me learn how to set up a meditation practice effortlessly. I strongly suggest, you check it out once and if it’s appropriate for you then give it a try. Here is the link:

Alright, coming back to my question: Does meditation change your brain?

The answer is a resounding ‘Yes’. In this post I am going to show you how you can enhance nine key brain regions through a regular meditation practice. I will also share with you how these key regions of the brain are related to your overall well-being and peace of mind.

Even scientists have agreed on the fact that meditation is the best way to build a better brain and it’s backed by 1000s of studies. So let’s dive in: 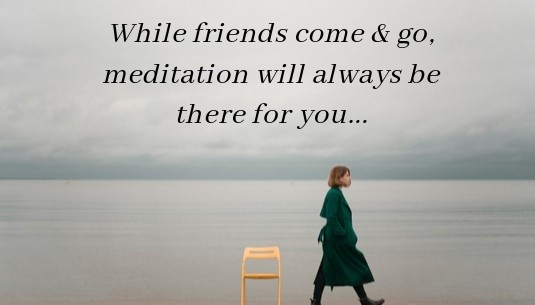 Loneliness like any emotion can leave us feeling overwhelmed. As this emotion gets intensified the brain begins to shut down and it becomes difficult to respond wisely. Do you know why this happens?

Neuroscientists tell us that when we feel isolated, one particular brain region the “Parietal Lobe” becomes overheated and due to which we feel separated from others. The “human connectedness” is lost and we start feeling helpless and all alone in the world.

To get rid of loneliness we need to find a way to cool or calm down the overheated ‘Parietal Lobe’. Now this is where meditation helps. Dr. Andrew Newberg, a scientist at the University of Pennsylvania took brain images of Tibetan Monks during meditation and compared that with people who are experiencing loneliness. He was surprised to see that for most meditators the parietal lobes had cooled off immensely as compared to an overheated parietal lobe for people experiencing loneliness.

This is the very reason why people who meditate regularly feel connected to everyone and everything around them. It is proven that regular meditation practice helps to cancel out the detrimental emotional and physical effects of loneliness. 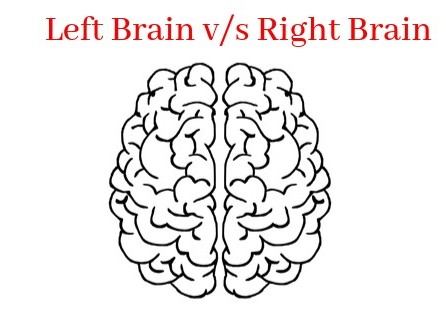 Your brain is divided into two hemispheres, left and right. The two sides of your brain look very much alike however there is huge difference in how they process information. Scientific studies state that people are either left-brained or right-brained, meaning one side of your brain is dominant.

So if you are logical, analytical and methodical in your thinking then you are said to be left-brained, whereas if you are more intuitive, artistic or creative and less organized in your thinking then you are thought to be right-brained. It is important to note here that you don’t use only one side of your brain at a time. The two sides of the brain function differently however they work together and complement each other.

Neuroscientists have found from brain imaging studies that highly successful people in the world (like Steve Jobs, Richard Branson or Elon Musk) use both brain (left & right) in a much more balanced and integrated way than the rest of us. Even Albert Einstein is part of this category. So the question is how do you find more balance instead of a dominance of either left or right brain – The answer is through meditation.

Recent studies have found that “Corpus Callosum” is a band of nerve fibers that connect the left and right brain allowing communication between both the hemispheres. Now the study says that people who meditate regularly tend to have remarkably stronger, thicker ‘Corpus Callosum’ as compared to non-meditators. So if you are looking to maximize your potential and harmonize both the brain hemispheres for better focus, enhanced memory then start a daily meditation practice.

The New Brainwave Technology shows how to CHEAT at Meditation & Save 70,000 Hours of Practice –

Statistics say that 1 out of 4 Americans are struggling with insomnia. Across the globe insomnia is on a rise. Insomnia is commonly referred as sleeplessness, it is sleep disorder wherein one finds it difficult to fall asleep mainly due to stress.

These days there is a lot of debate on sleep quality versus sleep quantity. Some say you need 8 hours of sleep, some say even 6 hours of good quality sleep is enough. Now, if you find yourself feeling tired, drowsy or fatigued after spending 8 hours in the bed then your sleep depth may be suffering.

A medical team at the Stanford University found that regular meditation molds the brain into a naturally deep sleeping machine. Neuroscientists have found a brainstem “Pons” in humans located above the medulla connecting the upper and lower part of the brain playing a key role in sleep patterns. It is observed that weakness or abnormality in ‘Pons’ leads to poor sleep.

The good news is that regular meditation practice strengthens the ‘Pons’ which in turn helps in having deep sleep every night.

You cannot avoid stress, you need to learn how to manage stress. When you get stressed hormones such as cortisol and adrenalin surge through your body causing your heart to pump faster. Your blood sugar rises, your immune system is suppressed as the blood supply to your digestive organs is reduced.

Now these two regions (me center & fear center) of the brain work in tandem to cause stress. When you worry excessively the “me center” goes on an overdrive and this leads the “fear center” to release high levels of cortisol in the body.

Now think about this….when you constantly keep worrying and remain stressed the whole day, there is constant connection between these two regions of the brain. In fact the connection becomes so strong over a period that at times we lose control on self and may commit a heinous act.

Now the only way to weaken the connection between these two regions of the brain is through meditation. When you follow a regular practice of meditation, you become more present, you do not worry about your future nor brood over your past. Due to which the “me center” remains calm and this results in less or insignificant release of cortisol in our brains. All this finally leads to less stress, less anxiousness and more focus on the present. 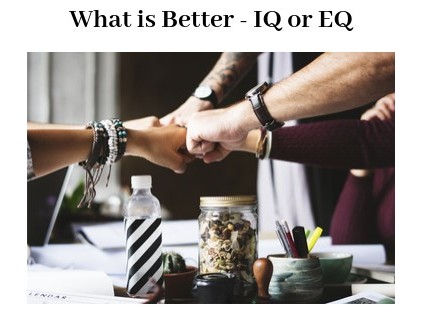 Daniel Goleman in his book “Emotional Intelligence” says EQ is slightly more important than IQ because it develops one’s ability to understand, judge and react to people around them. If one was simply intelligent and not able to get along with people then he will not be able to function well in order to succeed in life. People with high EQ usually tend to enjoy prosperous careers with fulfilling relationships. They are more generous, empathetic and self-motivated individuals.

In a study conducted in the University of Illinois it was found that one particular region in the brain “Temporoparietal Junction” (TPJ) is especially important in developing emotional intelligence. It is an area of the brain where temporal and parietal lobes meet. Daily meditation practice helps to activate the TPJ and helps in orienting your personality towards people.

Depression is a leading cause of disability worldwide. The WHO claims that 1 out of 13 people globally suffers from major depressive disorder. Thankfully neuroscientists have understood how depression affects our brain and how to treat it.

In a study conducted by the Washington University School of Medicine it was found that among depressed patients a specific region in the brain called as “Hippocampus” was decreasing in size.

By adding meditation to your daily routine, it will help in strengthening and improving the thickness of the Hippocampus which in turn will act as a bullet proof to your brain to combat future attacks of anxiety and depression.

Get 1-hour of Advanced Meditation in just 12 minutes

Zen 12 – Hack The Mind With Meditation 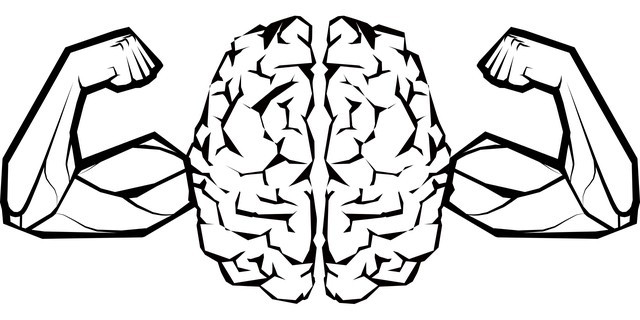 A number of studies carried out by neuroscientists have proven that there is a link between meditation practice and enhanced memory. Regular meditation increases blood flow to the brain, which leads to a stronger network of blood vessels in the cerebral cortex and reinforces memory capacity.

Research has shown that meditation increases the density of the hippocampus, a part of the brain connected to memory and learning. Like an ‘artist molding clay’, daily meditation helps in shaping the memory center into something which is more powerful.

According to the latest science, true happiness does not come from “achieving & receiving” instead it comes from practicing compassion. By helping our fellow man or co-workers we feel connected to the people around us. Life takes a different meaning and purpose when we give expecting nothing in return or when we are kind just to be kind.

It is interesting to note that our brain has a region which is termed as a ‘pleasure center’. This region gets activated when we indulge ourselves into volunteering for a cause or donate to charity. Neuroscientists claim that the ‘Right Anterior Dorsal Insula” is very active in people who meditate regularly. Such people do not miss opportunities to spread the love and are no less than any humanitarians.

#9: Have An Einstein Brain (The Coolest of all) 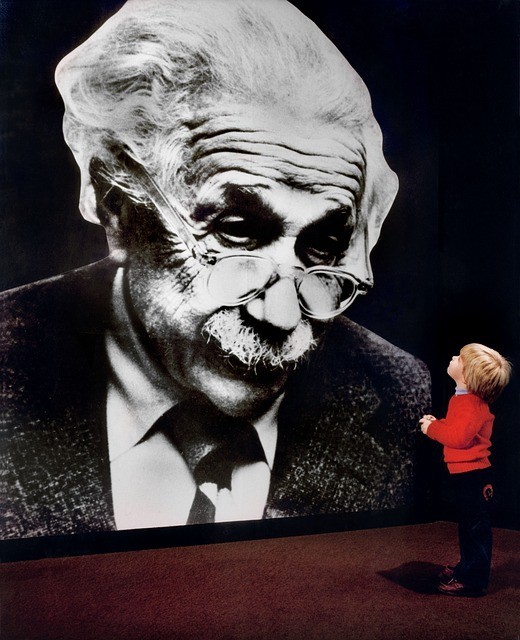 Albert Einstein is perhaps the greatest scientist ever to walk the planet. It is said he had a unique and powerful brain. After his death, his brain was actually preserved and a number of photographs were taken. A team led by Dr. Dean Falk in the Florida State University conducted a study, wherein they compared Einstein’s brain images with those of 85 normal human brains and they found something unique.

Einstein had an extraordinary “prefrontal cortex” (PFC) which may have contributed towards his remarkable cognitive abilities. Neuroscientists have found that people who regularly meditate had more neural density, thickness and electrical activity within their prefrontal cortex. This is precisely what made Einstein’s brain unique. Imagine how your life will change if you had even a fraction of Einstein’s brilliance.

If you have read so far, you now know that how a daily mediation practice can open a whole new dimension of powerful benefits: less anxiety, better decisions, more focus, higher EQ and the list goes on.

There are enough studies and the neuroscientific community see meditation as a backbone for everyone who wants to lead a happy and successful life. So go ahead, build a daily meditation practice and discover a new life and a new you.

How To Steal The Genius of Einstein – Learn More

What is Kasina Meditation & How To Do It (10 Simple Ways)